There was plenty against the favourite It’s Me in Saturday’s $1,300,000 The Kosciuszko (1200m) at Randwick. However, this undefeated daughter of Shamus Award is a class apart. 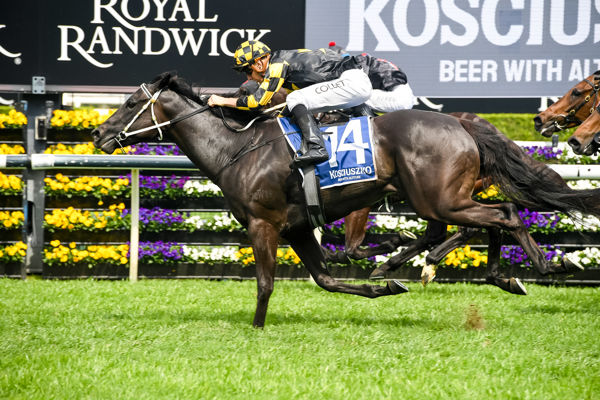 Earlier in the week, It’s Me had to pass a vet check when she was found to have some mucus and her trainer Brett Cavanough admitted post-race that he came close to scratching her.

Well back and under hard riding by Jason Collett, It’s Me needed to be dragged sideways to force a run in the straight. Once balanced up the Brett Cavanough-trained four-year-old powered home to defeat the seven-year-old Redoute’s choice gelding Redouble by with eight-year-old Zariz gelding Man Od Peace back in third.

It’s Me kept her record at a perfect four for four while banking $816,700 for her large group of owners.

“She’s the best horse. She hit a few little obstacles into the straight,” Collett said.

“I just had to be patient and once I got her into clear air – I didn’t quite see Redouble scooting up on the inside and I just had to ask a bit more of her. It was a far bigger test today, and she passed with flying colours.

“I can’t quite tell you how high she’ll get to, but the way she’s going, I would like to say Group 1.”